Are we in the Mother of all Bubbles? 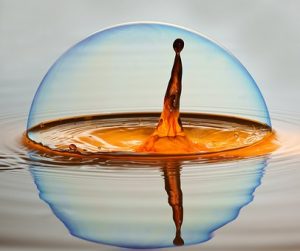 So Bitcoin’s been a bit of a wild ride recently.

Not surprising, you may say, since high-profile investors such as Overstock CEO Patrick Byrne and Mike Novogratz have predicted something like $1 million for the price of a single Bitcoin by the end of 2020 – and, despite the recent gyrations in the price, John McAfee tweeted on 26 December that he still stood firmly by such a prediction.

On the other hand, “Bitcoin is an implausible currency; it’s not competitive as a payment system, so maybe its value is as money, but it makes terrible money” was the view expressed on 27 December by Bloomberg View Columnist, Megan McArdle, who is also the author of “The Up Side of Down: Why Failing Well Is the Key to Success”.

So perhaps Bitcoin is simply learning to “fail well”?

What might it mean for a currency to “fail well”?

I guess you could argue that it would “fail well” if it failed without a crash.

In the case of Bitcoin and related currencies, we are talking about a market cap (depending of which second of which hour of which day it is!) of something like $600 billion.

So the question is: will any Bitcoin-sized crash then also spread to other stocks, since many players are apparently unduly exposed and will therefore become bankrupt? 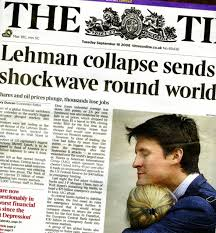 Anything like that would undoubtedly impact the “animal spirits” of today’s market, spreading to commodities and currencies and perhaps even real estate. I accept that it is impossible to say which will spring how much in which direction.

However, I’m afraid I’m not with the Nobel laureates and national governments who have warned that this bubble will lead to a crash simply because nothing underpins the value of cryptocurrencies such as Bitcoin. I disagree with them because, in fact, nothing like value now underpins the WHOLE of the global financial market.

In other words, we are headed into a crash because the entire global financial market is (a) wildly over-liquid and (b) therefore driven primarily by sentiment, confidence, mood, and momentum.

Such a market is by its very nature going to swing from boom to bust as individuals and institutions rush, at any and every hint or rumour, first herd-like in one direction, and then in another.

That’s why the global financial market urgently needs reforms such as those which I and others have discussed elsewhere, with the aim of returning financial markets to at least some sort of alignment with the world of real business and real profits.

Meanwhile, the best way for Bitcoin and related currencies to “fail well” would be to decline gently. All institutions and individuals have a role to play in ensuring that happens.

If it doesn’t, then we are in for a much worse crisis than that which started in 2007.

The real worry is that global governments and other institutions were far better equipped to deal with the 2007 crisis. Today, they are hardly equipped at all to deal with a crisis the size of Bitcoin.

Mainstreamed or dead?
A new stage in the development of the Fintech industry?: The Deloitte report on the history, the prospects, and their implications