Is Bitcoin the new religious craze of the 2010s? 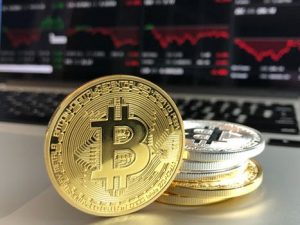 A friend draws my attention to the “real belief system behind bitcoin” which becomes apparent when one asks questions such as the following:

1. Why should you allow yourself to be profiled on the basis of what you eat/ wear/ say on the internet?
A Bitcoinist believes that buying things from an encrypted wallet shields one from this kind of profiling, in a way that is impossible when one uses a credit card.

Well, that is true. But you don’t need to go to the bother of shopping in Bitcoin if that is your purpose. Simply buy in cash from real shops, preferably independents.

2. Why should anyone looking for funds be subject to banks/ VCs for loans?
Bitcoinists believe that the crowdfunding potential of bitcoin makes such “subjection” unnecessary.

Well, yes, crowdfunding can be in Bitcoin or any other cryptocurrency. But it could instead be in dollars or other fiat currencies. Or, of course, in cash.
BTW, I have come across some real shark-like behaviour on the part of Bitcoinists, while I have also come across very humanitarian behaviour on the part of non-Bitcoinists. And vice versa of course. There is no correlation between use or non-use of Bitcoin and “subjection”.

3. Should you and I face “a lifetime of servitude, taxes and depreciation of hard-earned money?”
This raises 3 separate issues, related by attitude. A Bitcoinist believes that s/he can, by using Bitcoin:
(a) escape “servitude”
(b) escape taxes, and
(c) escape the depreciation of financial value by holding Bitcoin rather than fiat currencies such as US dollars.

Conclusion:
it is fun to gamble on Bitcoin and other cryptocurrencies.

But it is a gamble, not an investment.

But don’t fool yourself into believing that it is an investment.

It could be that believing “Bitcoin is an investment” constitutes the new religion of the 2010s.

Machine Learning: The Economic Impact to 2030
Mainstreamed or dead?