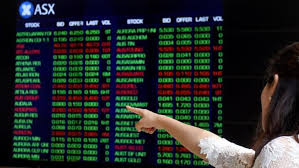 2018 is the critical year when Bitcoin and associated technologies, will either mainstream or die.

Last year (2017) was significant because of the mega-bubble in the financial value of Fintech and, more broadly, the continuing efforts to apply blockchain or DLT (Distributed Ledger Technology).

I do not mean that such technologies will necessarily rise or die together (though the fortunes of e.g. Bitcoin will undoubtedly have an impact on the fortunes e.g. of Ethereum). It is totally possible for Bitcoin and other currencies to take a nosedive, while blockhain/ DLT marches on unhindered.

There have been many efforts to mainstream fintech in 2017. In my view, the most significant was the decision by the Australian Stock Exchange (ASX) to ditch its existing CHESS system for recording changes in shareholdings. ASX is replacing CHESS with a blockchain technology, Digital Asset, brought in from Digital Asset Holdings (DAH).

Intriguingly, ASX invested A$14.9 million in DAH in January 2016 (presumably in order to at least partly finance the development and testing of the technology) and further subscribed US$3.5 million in convertible notes only a month ago (presumably on the technology passing the tests required to make it eligible for public deployment).

The DAH system will operate for ASX, as might be expected, on a secure private network.  Further, it will be open only to participants who are all known to each other in the network.  And even these participants will have to access the system only the basis of legal contracts which commit them to enforceable obligations.

In other words, all the costs for participation in the system are up-front and are relatively minimal to participants, while the potentially massive financial savings from the system will be shared by everyone – though of course the lion’s share of the benefit will go to ASX, primarily because it owns the system but partly through the returns it will make because of the increased credibility, marketability and profitability of DAH, in which it now has a considerable stake.

ASX’s CEO, Dominic Stevens, has therefore bet his own future, as well as the future of ASX, on this new technology, even though the technology will at present provide “only” post-trade records (technically called “clearing and settlement”) for buyers and sellers of equities or shares.

Most enthusiasts of particular technologies operate on the belief that the newest technology is going to win. Such a belief often turns out to be the case but the belief is worryingly often not borne out in reality.

Naturally, enthusiasts have to operate on the basis of their beliefs, even if those beliefs are not necessarily true, usually because such enthusiasts have committed their financial futures to the success of particular technologies or tech solutions.

This also applies to CEOs who sometimes “bet the farm” on a particular reorganisation or a particular strategic direction or even a particular product, as Dominic Stevens has done.

If the Digital Asset technology succeeds, that will indeed make ASX a technological and financial leader among Stock Exchanges. And it will make Stevens a very rich man.

However, the Achilles Heel of Stevens’s entire project is whether the DAH technology will be hacked. In theory, DLT is unhackable. In practice, DLT-based projects have often been hacked.

My best wishes to Stevens and to ASX for the success of their bet.

Is Bitcoin the new religious craze of the 2010s?
Are we in the Mother of all Bubbles?