What are Smart Contracts? What challenges do they pose?

Smart Contracts are one of the three aspects of FinTech that have drawn most attention; the others are: digital currencies (Bitcoin, Ether, et. al.), and distributed ledgers (Block-chain, Ethereum, et. al.).

When did the term “smart contract” originate?  Apparently, in the mid-1990’s.  Who first used the term?  Apparently, Nick Szabo, a computer scientist and cryptographer. Here is his definition of a smart contract: “A computerized transaction protocol that executes the terms of a contract”.  That suggests something pretty basic, and the capabilities of Smart Contracts are pretty basic at present.

A fuller but still pretty simple and good explanation of Smart Contracts is available at:
http://www.visualcapitalist.com/smart-contracts-blockchain

The only problem with this, and with most other discussions, of Smart Contracts is that they are led by those who have a vested interest in popularising them.

As a result, they minimise, instead of acknowledging, the challenges entailed by Smart Contracts.  For example, in the short history of Blockchain we have already seen a lot of “accidents”.  By contrast, there is a seamless series of General Ledger entries with banks since the Middle Ages. This chain (although privately managed) has proven very reliable.  In banks, cheating and fraud may well have taken place in this or that way, however I cannot recollect any such incident in relation to ledger entries (have you experienced any fraud caused by your bank regarding your bank account? Or do you perhaps know anyone who has experienced cheating in relation to ledger entries regarding their account?).  In other words, Blockchain – so far as reliability is concerned – claims to solve a non-existing problem. Moreover, it is not clear whether the Blockchain solution regarding reliability is in fact less good than what we have already.

Here are some further difficulties:

1. Failure risk due to power failure (common in certain countries, and not unknown in others)

3. Failure risk due to technical issues – e.g. in the programming (whether deliberate or accidental).

4. Legal risk: in the absence of a legal framework around Smart Contracts, it is uncertain who is liable for what if there is a failure of any sort.  Related to this is the central issue of the absence of a Smart Contract Standard, on which depends entirely the possibility of real-time analytics – and, indeed, the possibility of reducing the regulatory burden without resulting chaos, fraud or exploitation.  In order to understand this, please read the article, “From Digital Currencies to Digital Finance” by Brammertz & Mendelowitz (Dr. Willi Brammertz is Chairman of the ACTUS User Association, and Dr. Allan Mendelowitz is CEO of ACTUS) which is to be published in Vol. 19, Issue 1 of the Journal of Risk Finance.

5. Oligopoly Risk: at present, Smart Contracts are being sold to the public on the basis of savings “Smart contracts save you money by taking out the middleman”. It is true is that existing middlemen and middlewomen will be taken out by Smart Contracts. But it is not quite true that there will be no middlemen/ women any longer. The new middlemen/ women will be the owners of the technologies that make Smart Contracts possible – that is, the owners of the tech infrastructures involved. Here are the basic infrastructures involved: the energy system, the IT system, the Blockchain, the Blockchain Platform (e.g. Etherium or whatever else), and the payment medium (which could be Bitcoins or, in future, US Dollars or whatever). The important points about all this are the following:

A.  Capitalism encourages fizz at the start of any new technology but, later, encourages consolidation. Think of the number of car manufacturers at the start of the motor car industry compared to the number of such manufacturers now. In other words, Capitalism always tends to drive towards monopoly but, for various human, social and political reasons, is stopped short of that, resulting in oligopoly.

B.  All oligopolies tend to want to increase their profits, so that what appears free or cheap in the fizz phase, or even in the consolidation phase, tends to become more and more expensive when the industry is run by an oligopoly  – and that continues to be the case till incumbents are challenged by the rise of newer technologies and related new business models. 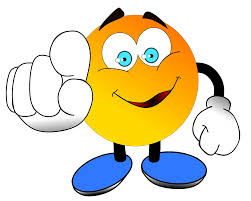 So what does all this mean for you?

Should you be a party to a Smart Contract?  Well, not till at least the legal issues are sufficiently sorted – unless you are simply experimenting with models to learn from them (and even then, I would be careful).

Should you invest in technologies associated with Smart Contracts?  Yes, to the extent that you have money that you are prepared to lose, considering that the most profitable phase in which to invest in any industry is the fizz phase – though that is also the riskiest phase.  As winners emerge, and the industry begins to consolidate, it becomes less and less risky, but it also becomes less and less likely to be dramatically profitable.