“One step closer” to what?! 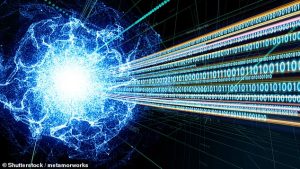 You may, like me, have got inured to seeing headlines saying that quantum computers or quantum networks are “one step closer”.  This at the same time as others claim that such things are mirages, while yet others claim that they are not necessarily mirages but are perhaps 25 years away.

And one step, maybe yes, but one step which is how small or how big?

Moreover, one step out of how many steps of that size necessary to get to the goal?!

And what is the goal, anyway?

In the absence of answers to such basic questions, all announcements of the sort mentioned above are simply hype.

The fact is that researchers are pursuing different routes towards ill-defined goals, and they prefer to keep the goal ill-defined, lest their route to that “goal” be somehow compromised.

And it is of course true that defined goals can get in the way of greater goals.

Nevertheless, progress can be made if we define the goals now, and revise them say every 3 months or every month or even every minute if progress is being made at such speed as to necessitate a “growth” in the definition(s).

And, of course, ditto for a quantum internet. 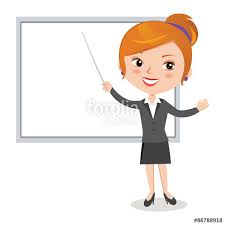 A friend writes that “FinTech is about enabling greater customer-centricity, while digital currencies are about faster and near-free exchange globally”.

In that sentence, one claim is made about FinTech, while two claims are made about digital currencies.

These claims are simultaneously true and not true.

Let’s take the first claim, about FinTech. Customer-centricity is certainly touted as a key reason for adopting Fintech.  However, in my experience, as customer-centricity can’t be measured, actual business cases for the adoption of Fintech rest on its potentially enabling economy, speed and reach.  In that sense, it is not true that Fintech is about customer-centricity.  In fact, the experience with Fintech so far is that it may even impede customer-centricity, in the same way as most customers don’t like automated voices when they ring in to any office.  It is far more customer-centric to provide human receptionists.

Let’s think about that a moment.  Are Bitcoins (or any other digital currency) really going to be transmitted faster than dollars, pounds or Euros across whatever means of transmission exist in say a year’s time (or ten or a hundred)?

Extremely doubtful, since the transmission of any two digital objects of the same digital size has little relevance to the speed of their transmission – and Dollars, Pounds and Euros have already become primarily digital themselves.

The next claim is that digital currencies will provide near-free exchange globally.  Hmm.  So far, advances in technology have certainly make it possible for digital objects to be moved more and more cheaply.  It is possible that further technological advances will continue to make it still cheaper to transport digital objects and information.  However, I doubt that digital currencies (whether of the Bitcoin variety or of the Dollars and Pounds variety) will ever be “nearly free”: legislative mechanisms always need to be paid for, regulatory arrangements need to be paid for, the cost of generating Bitcoin or any other electronic currency will not be markedly different from the cost of generating electronic Dollars or whatever, and the cost of transmission will depend on the cost of energy as well as the cost of the hard and soft infrastructure involved.

Lastly, we already have experience of things that cost nearly nothing to produce, but we have found that that is not usually in our world good reason to let people have those things for nothing.  Consider water, which is freely given by God, but everything involved in getting water from wherever it is to my location and indeed to my lips costs money. Further, everyone involved in the supply chain needs to be paid something – and usually wants to be paid as much as possible.  If all that is not organised nationally through the taxation system, it will be organised at greater cost to citizens (if for no other reason, than for reasons of economies of scale) by individuals, groups or corporations.

So the reason to use Blockchain and Blockchain-related products (whether FinTech in general or Digital Currencies in particular) is simply, solely and exclusively:  security.  Other reasons are piffle.

Oh and I should say that Blockchain-related products are not yet as secure as they need to be.